Html code here! Replace this with any non empty text and that's it.

What’s so great about Coconut Flour?

Many people today are finding that they are either gluten intolerant or sensitive or suffer allergic reactions to wheat and the more traditional grains that have been around for many years. With that in mind food manufacturers have produced a great range of gluten and wheat free flours. These flours can be made from legumes, potatoes, nuts and seeds. The only problem is that while they are gluten free they are usually high in carbohydrates. Few wheat alternatives are gluten free and low in carbohydrates. Soy flour comes the closest. It is high in protein and fiber, but usually has a terrible taste and texture. In addition, current medical research is showing that soy protein can lead to many health problems including hypothyroidism, dementia, hormonal imbalances which in turn can lead to weight gain.

Coconut flour is made from finely ground coconut meat with most of the moisture and fat removed. Coconut flour contains less carbohydrate than soy or other nut flours. It contains more calorie free fiber than other wheat alternatives and also provides a good source of protein.

Coconut is ideal for individuals with food allergies and is regarded as hypoallergenic because few people are allergic to it.

If you dealing with a gluten free diet or weight loss or wanting to avoid ill health the type of carbohydrates that you need to be concerned about are digestible carbohydrates – the starch and sugar in our foods.  These are the carbs that the body converts into fat and packs into our fat cells.  These are the carbs that, when eaten in excess, contribute to an assortment of health problems such as insulin resistance, obesity, and diabetes.  However non-digestible carbohydrate passes through the digestive tract without being broken down or absorbed and is passed out of the body essentially unaltered.  Instead of contributing to health problems like starch and sugar do, fiber promotes good health.

How To Use Coconut Flour – Increasing Your Daily Fiber Intake

Nutritionists recommend that we get between 20 to 35 grams of fiber a day. This is 2 to 3 times higher than the average intake for those in most Western countries, which is about 10-14 grams a day. Adding foods containing coconut flour to your diet can significantly improve your daily fiber intake. You can increase the fiber content of your meals and enjoy many of the health benefits of coconut by simply adding a little coconut flour to the foods you normally eat each day. Research shows that adding even a little fiber to the diet can have a significant influence on health.  For example, in a study on cardiovascular disease, a high-fiber diet was associated with a 21 percent lower risk of heart disease. The difference in fiber was only 23 grams, only about 9 or 10 grams above average. You can easily increase the fiber in your diet by 9 or 10 grams by simply adding a few tablespoons of coconut flour to the foods you normally eat each day.  For example a tablespoon or two into smoothies, baked goods, soups, casseroles, and hot cereal.

The importance of fiber in the diet was first noted by physicians working in Africa, India and Oceania in the early and mid-twentieth century. They observed that people eating traditional diets, high in fiber, enjoyed a level of health better than those in Western countries. Absent were the health problems commonly seen in Europe and America. However, when these people began eating Western foods, rich in low fiber, refined grains and sugar, their health deteriorated and they developed many of the same health problems commonly found in the West.

How to bake with coconut flour

Coconut flour has not been used much for making baked goods as partly it can be difficult to work with if you are unfamiliar with it.  I treat it much like almond meal although it looks and feels much lighter and softer.

Since it lacks gluten and is highly absorbent (one of the characteristics of fiber), it cannot be substituted entirely for wheat flour in standard recipes.  If making bread you would need to combine it with wheat, rye, or oat flour.  You could replace 10 – 20 percent of our standard flour with coconut flour which would increase the fiber content of your baked goods considerably.

When using 100 percent coconut flour for your baked goods you need to replace the gluten (protein) with something that will help trap and hold air bubbles in a similar manner to wheat flour.

The two key ingredients to baking with coconut flour are eggs and oil.

Coconut flour can be stored for as long as 12 months if frozen but will remain fresh for several months if stored at room temperature.

Coconut flour naturally tends to form clumps.  First sift the flour before using it.  Also when combining the flour into a recipe always mix all wet ingredients together first and then add the coconut flour.  This will help break up any clumps of flour that have formed.

If you are interested in reading more you can purchase Bruce Fife’s book from Nuilife or from amazon below.

I highly recommend coconut flour as an alternative to any other gluten free flours. 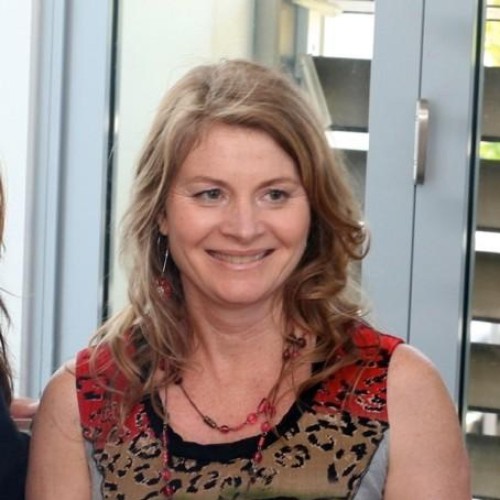