Coconut oil is a cholesterol free, high heat resistant cooking oil.  It can be used for all types of cooking and baking. Because of it’s high heat resistance it will not convert to a trans-fat during cooking unlike other cooking oils such as seed oils or vegetable oils.

Coconut oil is primarily a medium chain fatty acid (MCFA) unlike other saturated fats which are mainly long chain fatty acids (LCFAs). Because of this, it is broken down immediately for use rather than stored (which is how cholesterol builds up). MCFA’s aren’t bundled up into chylomicrons for circulation like LCFA’s or long-chain fatty acids. What happens upon intake is that these MCFAs are transported to the liver for conversion into energy. The quick conversion process prevents weight gain as long as calories consumed as Coconut oil does not exceed the body’s natural caloric needs. Not only that, but this particular type of oil is found to speed metabolism and increase energy expenditure, which gives rise to a great deal of interest for Coconut oil’s potential as an aid to help you lose weight.

50 percent of the fat content in coconut oil is a fat rarely found in nature called lauric acid. If you’re a frequent reader of my newsletter you already know that I consider lauric acid a “miracle” ingredient because of its unique health promoting properties.

Your body converts lauric acid into monolaurin, which has anti-viral, anti-bacterial and anti-protozoa properties.[9]

Monolaurin is a monoglyceride which can actually destroy lipid coated viruses such as:

Lauric acid is a powerful virus and gram-negative bacteria destroyer, and coconut oil contains the most lauric acid of any substance on earth!

Capric acid, another coconut fatty acid present in smaller amounts, has also been added to the list of coconut’s antimicrobial components.

This is one of the key reasons you should consider consuming coconut oil, because there aren’t many sources of monolaurin in our diet. But the health benefits of coconut oil don’t stop there. 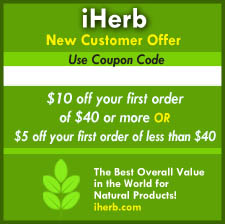 ABOUT US
The Coconut Oil Post is the Newspaper all about the many proven health benefits and magical uses of coconut oil, better known as the tree of life. If you would like all the latest posts delivered periodically by newsletter please subscribe.
FOLLOW US
© Copyright 2014 - Coconut Oil Post